DONNA, Texas — Many U.S. Army spouses and their extramarital lovers are rejoicing following the deployment of their partners to the Mexican Border in support of border security operations, according to reports.

This past Monday marked the first official day of the recently launched operation, a measure the Department of Defense is taking to “strengthen border security.”

It also marked the first opportunity for the partners of those deployed troops to openly philander in their now spouse-less household, a chance some are choosing not to let slip by.

“I thought he would never get deployed, honestly,” said Audrey Timmons, whose husband, Spc. Jason Timmons of Headquarters Battalion, 4th Infantry Division, is currently serving near the border. “I have been itching to get into some strange for a while now. All of my friends who married into the military say it’s what has kept their marriages going for so long.”

The opportunity to philander isn’t only a celebration for those whose spouses are deployed, but also for eager-to-ruin-a-marriage soldiers and civilians, commonly referred to as “Jody” in military circles.

Chad Stevens, a self-described “lifetime Jody” and mechanic at a local auto body shop located near Fort Carson, Co., home to the 4th Infantry Division, says he plans to “wreck some first sergeant’s wife into oblivion” during the course of the unit’s time away.

“I mean everybody in the country knows this mission is a complete joke, but, yeah this was definitely a nice little surprise,” Stevens said. “Afghanistan has been drawing down for a few years now, so people have been coming back and fixing their marriages and shit, and that has really put a damper on my sex life considering all the action I get is from lonely military housewives. I am really looking forward to getting back out there.”

When asked if he considers his behavior or the cheating spouses’ actions to be in poor taste, Stevens was quick to defend, calling himself “a true patriot.”

“Look, I am giving just as much to the overall mission as these deployed soldiers are,” he said. “While they’re out there on the front lines serving our country and protecting us from that caravan of immigrants, which may or may not actually be real, I’m in their houses, on their sofas, in their showers, and on their beds, servicing their wives.”

Soldiers currently supporting border security operations will be gone until mid-December, and although not a typical U.S. Army deployment length, the mission still allows “plenty of time for spouses to cheat,” according to Sandy Alderman, the Family Readiness Group lead to Headquarters Battalion, 4th Infantry Division and the now third wife to its commander, Col. Brian Alderman.

“The odds haven’t been this high since Desert Storm,” Alderman said. “All we can do is support those soldiers who undoubtedly will be cheated on, man or woman. I urge those folks to just take care of themselves, and just know that you are fighting the good fight and helping make our country great again.”

Gen. Terrence O’Shaughnessy, commander of the U.S. Northern Command and North American Aerospace Defense Command, and Kevin McAleenan, the Customs and Border Protection commissioner, shared similar sentiments in regards to the mission during a news conference last week, referring to the current immigration status as a “humanitarian crisis” and that the focus of the mission, is to “harden the points of entry.”

Stevens, however, remains bullish on the border situation in Mexico.

“There is no crisis, everybody knows that. The only crisis is the stain I am about to leave on all those soldiers’ sheets,” he said, winking emphatically. “In fact, I’m going to be opening a lot of borders, if you know what I mean. And make no mistake, I will be hard at the point of entry.” 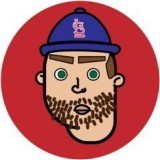 DeadEar, who formerly goes by Clay Beyersdorfer, is a former POGUE (ahem..), Public Affairs NCO, of the United States Army. For six years he wrote, shot and made the Department of Defense look good, until he was struck by a roadside bomb in Afghanistan in 2014, leaving him deaf in one ear. You can usually find him standing in line at the VA screaming himself hoarse, enjoying really cheap beer, or on Twitter @TonOfClayton.